Nash and the Straw Man

Arguers should enter their opponents' worldviews fully in order to make generous counterarguments. Furthermore, a thinker should refine his or her argument for some position by summarising how that argument would win a infinitely long hypothetical debate between the two sides where the arguments for both sides improve with the progression of the debate. 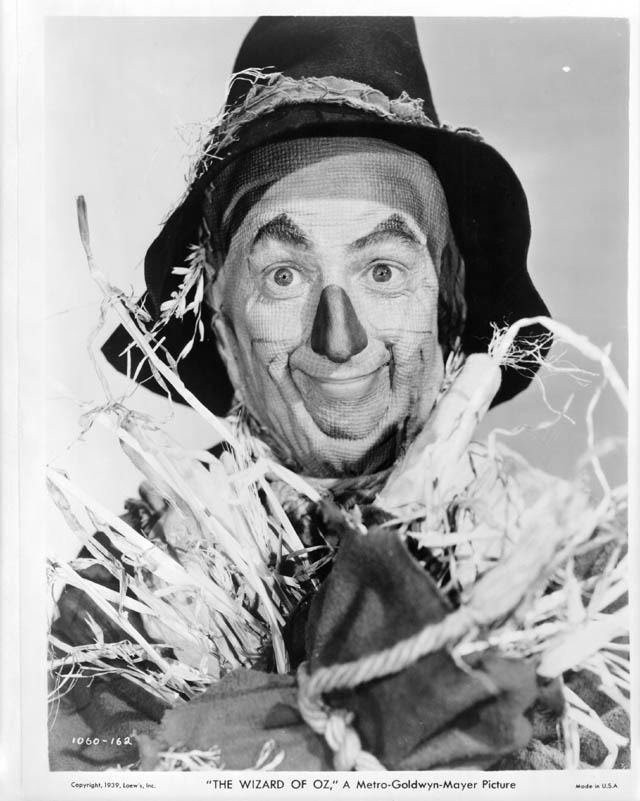 Figure 1: The Scarecrow from 'The Wizard of Oz,' played by Ray Bolger.

I present a geometric model for understanding the internal consistency of worldviews to motivate the necessity to make deeply reasoned arguments.  Being wrong is normal. If we wish to honestly argue for the truth, then we must not only avoid the straw man fallacy but we must avoid arguing against internally inconsistent worldviews by making arguments that are so refined as to be the Nash equilibrium of the debate. I describe how the game-theoretic concept of a Nash equilibrium gives us a way to reflect on deficiencies in arguments and a program for arguing honestly, generously, and logically. I present an example of how people argue poorly against post-modernism and I conclude with questions for further reflection. 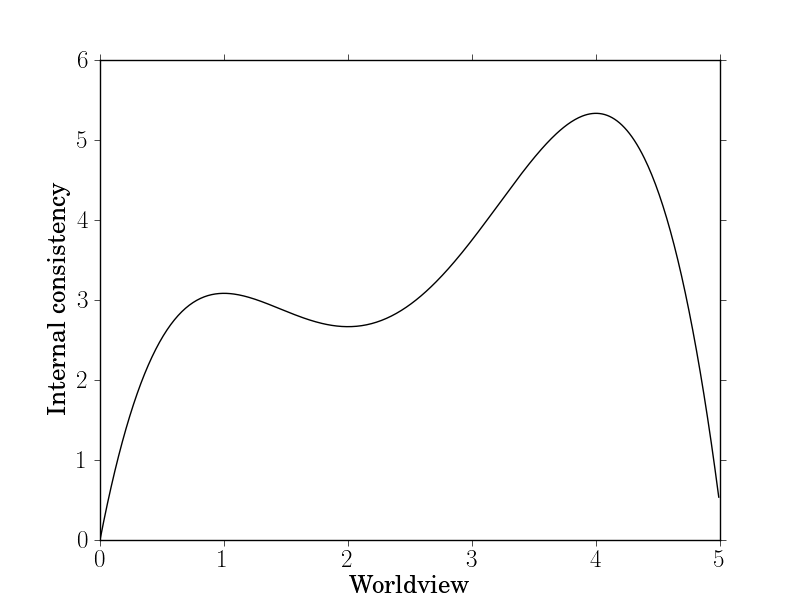 Figure 2: Sometimes changing a worldview to be more like the truth can make that worldview less internally consistent. (Arbitrary units.)

A scholarly man living in the universe of Figure 2 might start with a worldview value of 0.5 but he will eventually change his worldview until he reaches the peak around 1. This is because he will examine his worldview and find slight inconsistencies, internal contradictions, or parts that are contradicted by his continued experience, and he will modify his beliefs. Once he reaches the worldview value of 1, his progress will be slowed because he will start finding fewer contradictions in his own beliefs and his experience will usually confirm his existing worldview.1

To make this a little less abstract, let's consider that the x-axis of Figure 2 is a measure of how Catholic you are.  If you're a Protestant, then your worldview is near 1. If you're a Roman Catholic, then you worldview is near 4. For argument's sake, I've described Catholicism as the more consistent worldview overall, but in reality it may be the opposite. Notice that if you start Catholic and become slightly more Protestant, your worldview becomes less internally  consistent. Both Catholicism and Protestantism are local maxima of internal consistency. For example, a Protestant might criticise a Catholic for praying to saints. If you start with a Protestant worldview and you add prayer to the saints as an extra, then your worldview becomes less consistent. Therefore, the Protestant will tend to make only a shallow critique of Catholicism because he is likely to ignore the interconnectedness of Catholic beliefs and the reasons behind the Catholic practices. As far as I understand, apostolic succession leads to the papal authority then the papal authority and some ideas from the Deuterocanonical books lead to the practice of praying to saints. So the Protestant, who rejects apostolic succession, cannot make an in-depth critique of prayer to saints without attacking its underlying logic.

People subtly cause the inconsistencies in their worldview to disappear. Apparent contradictions in a worldview can be viewed as differences in language use, unknowns, or mysteries. An inconsistency that disappears with a clever change in viewpoint might be an inconsistency that has been veritably eliminated or it might be one that has been carefully hidden away behind a façade of rhetorical smoke and mirrors. For example, Christians consider the doctrine of the Trinity to be a mystery: God is one, but also three, in some way that exceeds our ability to comprehend. Muslims argue that the Trinity is evidence of a contradiction: If God is one, then He cannot also be three. To the agnostic, the Trinity is an unknown: 'Is God one? Three? How about we compromise on two?' To call something an unknown is safe; to call out a pair of ideas as being contradictory is bold.

Including mysteries in our worldview can be worrying. Are we actually glossing over a contradiction? Maybe someone is getting us to believe a contradiction so that they can control us. Maybe we are trusting some higher authority (Nature, God, the Data or whatever) and we expect that further study, revelation or investigation may lead us to a more intellectually comfortable position.2

2 Being Wrong is Normal


When we argue, at least we should criticise ideas that someone actually holds. This is the essence of the straw man fallacy: when Alice argues against Bob, Alice must faithfully represent and successfully defeat Bob's actual position. If Alice weakens Bob's position before defeating it, then she has only defeated a 'straw man.'

By considering the distribution of people's actual beliefs in worldview internal-consistency space, we can appreciate how it comes to be that being wrong about something is normal. People are stupid. If we accept the idea that truth is singleton, then we have to get used to billions of people being wrong. In the future, many of today's popular, respected and trusted ideas will be shown to be wrong.

Therefore, I suggest a higher standard for non-straw man argumentation based on generosity: when searching for truth, one should only argue with the most locally-consistent ideas. If a worldview can be refined from within, then we should allow the adherents of that worldview to modify their view until it is maximally internally consistent. Alice makes a straw man error of the higher standard if she does not strengthen Bob's position before defeating it.

This principle is more about how to think rather than how to convince. Naturally, we will sometimes have to argue against obviously deficient worldviews because people really hold those views. But hopefully, we will be able to devote most of our efforts to composing thoughtful, honest, and logical arguments to convince wise women and men.

3 Nash and the Straw Man

Figure 3: Veritas, the Goddess of Truth.

Intellectual honesty and generosity require us to attack only the best and maximally internally consistent version of an opponent's argument. Anything less is attacking a straw man in the sense of the higher standard present in Section 2. Arguments can be considered as a competitive games with truth as the utility function and lines of reasoning as the agents' actions. A good argument is one at the Nash equilibrium. If one of the arguers comes out with a greater share of the truth when both play their part in the Nash equilibrium, then that arguer has won the argument. Perhaps the argument could lead us to truths that surprise us because no one thought of them before the argument.

How would we produce an argument at the Nash equilibrium? Each side would argue a position, then would refine their position to be more internally consistent, probably taking into account some new information from the other side. By repeating this process an infinite number of times, the argument for each side would be maximally internally consistent, but may be different to the original position for that side. This way, neither side could improve their argument against the other side without the other side changing their position.

There could be more than one way to refine a worldview into maximally internal consistency. For example, if we start with a worldview from Figure 2 with a worldview value of 2, then, depending on the path we chose, we could end up at the local maximum around 4 or at the local maximum around 1. In general, an argument could settle to more than one possible Nash equilibrium. This non-uniqueness is an intrinsic property of the Nash equilibria of games.

4 A Defence of Post-Modernism


To give a more concrete example of how I believe we should argue, let us consider how modernists sometimes attack post-modernism. What is post-modernism?  Here are some definitions I've seen and my opinion of them:
Definitions 1 and 2 are ones that I've heard Christians use specifically to attack post-modernism. Definition 3 is one that I distilled from my memory of a real conversation I had with someone in 2005. I've yet to meet someone who really took these sorts of post-modernism to their fullest logical ends. (The guy I talked to in 2005 made a lot of money off the fact that the world hold lots of universal truths.) Modernists seem to construct a post-modernism that is inconsistent and extreme, so that they can easily defeat 'post-modernism.'

A more internally consistent version of post-modernism agrees with absolute, universal truths, and tempers modernism with increased sensitivity for uncertain situations where people hold a diversity of opinions. That post-modernism realises that each of us must make up his or her own mind about what is true and that we have to be careful when we design social systems that affect people with heterogeneous beliefs.

By removing the obvious contradictions in post-modernism, we immunise post-modernism against its most obvious countering arguments. The modernist must refine his or her argument, perhaps by observing that the removal of authority causes individuals to be susceptible to deception by self-interested parties. For example, oil companies stand to lose from public policy addressing global warming, so they are motivated to spread deception and to encourage people to 'make up their own mind' about global warming rather than accepting the consensus of science as authoritative. The postmodernist might counter with mention of the costs of accepting authority figures in general, which are numerous and well known to students of 20th century history. Ultimately, the debate would converge to identifying and logically addressing real problems with modernism.


I present a geometric model for comparing worldviews. When searching for truth, avoid arguing against common worldviews because of the prevalence of error.

Instead, I suggest a higher standard for argumentation than merely avoiding the straw man fallacy: only argue against a worldview that is a local maximum in worldview internal consistency space.
If two arguers each allow the other to infinitely refine his or her argument, then the debate will converge to the Nash equilibrium where neither side can improve his or her argument further. In that case, both sides will be arguing for a local maximum in worldview internal-consistency space.

I went part way to applying this idea by showing how some common arguments against post-modernism are easily countered by small changes in what is meant by postmodern.


This essay firmly identifies me as a hedgehog, in the Ribbonfarm sense that I weakly hold strong views. Because I have limited knowledge and experience in the world of foxes (who strongly hold weak views), I must dilute my conclusions to say that my proposed method for thinking may only apply to hedgehogs. (Venkat also mentions the germ of the idea that I described here. I guess that illustrates the difference between the amateur and the professional blogger.)


1 In reality, people are also subject to confirmation bias which causes them to interpret new evidence as confirming their existing beliefs.

2 The best response to a persistent mystery may be to sit in awe and write poems.

3 Geeky version: Go to the functional programmer, you sluggard, and learn what it means to treat functions and data equally. Now, add this to your intellectual test suite: test ideas on themselves, when the datatypes can be made to agree.
Posted by Peter Raffensperger at 6:34 PM No comments: